It has already been an enthralling calendar year of horse racing action, but that looks only set to continue throughout the rest of the year.

Already this year, we have seen history made in the Grand National, as Rachel Blackmore became the first female jockey to win the prestigious race, while the American Triple Crowns have also had exciting renewals.

Medina Spirit claimed success in the Kentucky Derby, before Rombauer was the unlikely winner of the Preakness Stakes. However, which races are yet to take place this year, and which horses could be the horses to beat?

The curtain comes down on the Triple Crown races in early June, as the Belmont Stakes takes place at Belmont Park. A number of contenders will be lining up to oppose Rombauer, as the Preakness Stakes winner looks to claim a second Triple Crown success. Essential Quality will be back on the track after suffering a first defeat in his career at the Kentucky Derby.

He had been the clear favorite in the betting to win the race after winning at the Breeders’ Cup last year, and the Belmont Stakes could be the perfect time for him to bounce back.

Hot Rod Charlie, who was third in the Kentucky Derby, will also be back after sidestepping the Preakness, while Known Agenda and Midnight Bourbon could also be looking for the illustrious Triple Crown victory.

Check out how the current odds look like: TwinSpires.com/belmont-stakes/odds

One of the featured races at the upcoming Royal Ascot festival will be the Ascot Gold Cup, and history could be made, as Stradivarius could match the record set by Yeats for a most successful horse in the race.

Yeats won the Ascot Gold Cup on four occasions during his esteemed career, with his first victory coming in 2006 before he claimed fourth and final victory in 2009.

Stradivarius has saved his best form over recent seasons for the royal meeting, and he looks incredibly hard to oppose on recent form. However, there are a number of challenges that could be well placed to take on the three-time winner.

Subjectivist and Trushan are both short prices in the betting, while Santiago will be looking to bounce back from a disappointing run last time out by claiming success at Royal Ascot for the second straight year. 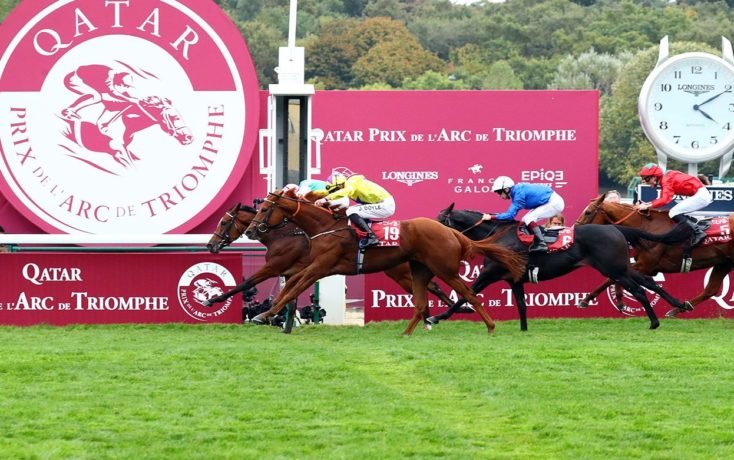 The most prestigious race on the flat in Europe will take place in October, as some of the most talented horses aged three and older compete in the Prix de l’Arc de Triomphe.

The famous race covers a distance of 1 ½ mile and has been among the richest races on turf throughout its history. Iconic horses have won this race in the past, including dual winners Enable, Treve, and Alleged.

With Enable now retired from the track, it will be the turn of a new superstar to step up and try and win the Prix de l’Arc de Triomphe.

Love could be one of the leading contenders to win the prestigious race, as Aidan O’Brien looks for a third win in the race. Love enjoyed a fantastic season in 2020, as she won the 1000 Guineas, Epsom Oaks, and Darley Yorkshire Oaks.

She is set to reappear in late May, and her form could be telling towards the route that she could take this season. Other horses in with a chance at the Arc included Tarnawa, Mishriff, and Al Aasy. However, it looks set to be yet another fascinating renewal of one of the greatest races in the world of horse racing.

Here are the biggest racing main events of the upcoming months. Which ones did we miss?