Live sounds are different from studio sounds; they are not engineered to sound as perfect as studio sounds. When you’re mixing live sounds, there is no room for mistakes. You have to ensure that whatever sound you’re trying to generate meets its target, and you can’t miss a single beat

Besides, whether you’re just starting music engineering classes or you attended a concert and are now fascinated by live sounds, understanding the basics of live sound is essential to creating perfect live sounds.

Furthermore, you don’t have to know everything about live sound mixing to create an excellent live sound; learning the basics will help you immensely. Also, if you have always dreamed of creating an impressive and moving concert sound, we’ll be guiding you on the basics of live sound you need to understand to make that dream true.

Comprehending The Basics Of Live Sound

If you’re planning on mixing live sounds, you need a strong understanding of what the signal flow entails. Without the signal flow, there is no music, and no music means no live show.

Furthermore, to ensure that the balance of your sound is correct, you need to understand how the signal flow works. You have to know where the signal is originating from, its destination, and how you can get it there every time.

Additionally, signal flow comprises how all the components of your sound system connect and work together. Understanding how signal flow works will enable you to create a live sound worth listening to.

As a live sound engineer or enthusiast, the mixer is your domain, and this is where all your speakers, FX, instruments, and mics are processed, routed, and controlled. Also, while all mixing consoles are different, the function they serve is the same.

Besides, most mixing consoles have 8-32 channels, which will most likely be the case for your consoles, multiple aux outputs, and stereo “main” outputs that are used for outboard effects and stage monitors. Any signal processed by the mixing console is sent through the stereo’s primary output to the PA system.

The graphic equalizers are what you use to correct the speaker’s frequency response. Also, if you want to fix frequency problems caused by standing waves in the room or tune the room, you need to connect the stereo “main” output of your mixing console to a graphic equalizer.

Additionally, if you want to remove frequencies that will likely result in feedback and avoid making painfully imbalanced sounds that will make people cover their ears, you have to connect all your aux outputs to a graphic equalizer before sending the signal sound out to the stage.

Furthermore, to understand how the crossover works in the live sound system,  you have to plug the main outputs of your mixing console into the graphic equalizer and the primary inputs into your crossover device. Once this is done, set the frequency for the signal split, connect the lower output to the power amp for the subs, and the higher output to the power amp for the mains.

The only purpose of power amps is to provide power to the passive speakers. While nothing is elaborate, they are vital to your PA system. It would be best to have a proper power amp for your speaker to control your sound balance.

Additionally, the only thing you need to control about the power amp is its volume. However, if you plug the wrong power amp into your speaker, there is every probability that the speaker will blow, and both the power amp and speaker might catch fire. 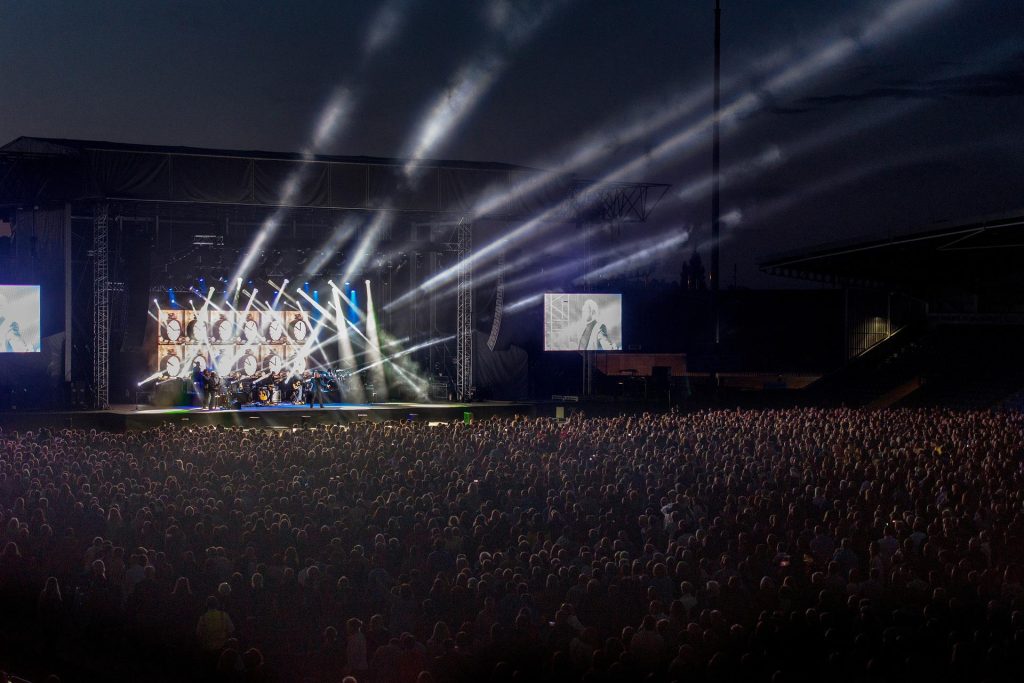 Furthermore, passive speakers are unpowered speakers, and to turn them on; you’ll need an external power amp. Also, to connect the passive speakers to your mixing console, you have to run an XLR from the main output on your mixing console to the main input on your external power amp. You then use a Speakon or TS cable to connect the output of your power amp to the input of the speaker.

Besides, if you’re using two active subwoofers, you just need to connect the primary outputs of your mixing console to the inputs of the active subs, after which you use XLR cables to connect them with “thru” outputs.