Bingo games are becoming more and more popular, and with that comes a whole lot of new bingo games. All of these new games need someone to provide their software, and it is the software companies that make this possible. Today, we’re going to look at the biggest software providers for online bingo and how they compare with one another. There are so many that it’s impossible to cover all of them, so we’re just going to look at the main companies. 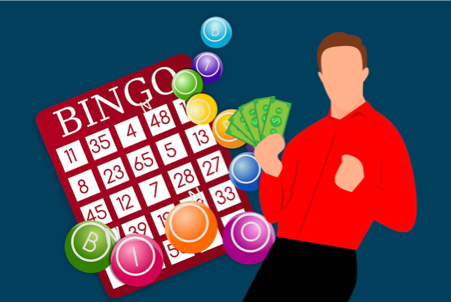 You may not recognize the name Dragonfish, but if you’ve played a lot of online bingo, you have almost certainly used their software. You will more likely have heard of the 888 Holdings Group, which includes 888 Casino—one of the most popular online casino platforms in the UK. Dragonfish software is used in almost all of 888’s bingo products and games, usually as part of forming a larger network of games.

Founded in 2005, Cozy  Games have always set its standards high, and its software and engineering are provided for a vast amount of iGaming operators. The company’s portfolio includes over 100 bingo brands, on top of their classic casino games.

Some of the most recognizable bingo platforms were launched through Cozy’s software; think of Mr Green and Foxy Bingo. It’s not surprising that Cozy Games have become so successful and their software so widespread when it has led to the enormous success of brands like Foxy. Millions of players continue to play bingo through Cozy games software, and some of the most popular are Swanky Bingo, Bingo Hero, and Mummies Bingo.

Another one of the most enduring and popular software providers for bingo games is the company Playtech. Back in 2010, they acquired Virtue Fusion, another software provider for bingo and casino games. It was a smart business move since Virtue Fusion were very popular and partnered with really big bingo names like Coral Bingo. In 2016, they also acquired ECM Systems, which is also very highly regarded in the industry.

Also providing software for over 600 slot games, some of the most popular bingo providers that get their software through Playtech are Mecca Bingo, Bet365, and Sky Bingo. These are, again, some of the most recognizable names in the industry, so Playtech certainly boasts a huge portion of the market share.

Offering Omni-channel bingo as Playtech does has made them very popular, as they have reached the widest audience and, as I said, some of the biggest names in online bingo.

Gamesys doesn’t supply software on the scale that some of the others on this list have done, but their influence on the world of online bingo is certainly significant. Created in 2001, this software company has received numerous awards and has had a very loyal following for decades. They are known for their flexibility and innovation.

Gamesys provides software for such bingo platforms as Speed Bingo, Sapphire, and Double Bubble. They also provide a few slots and casino games.

What’s clear, then, is that there is plenty of choice in the bingo industry. Software is provided by many different companies, meaning that the entire market isn’t swallowed up by one entity, making the entire market seem ubiquitous and flat. In fact, the world of online bingo is filled with variety, meaning there’s always a choice for you.