The Influence of Abraham Lincoln on US History
PREV NEXT
Search

America has seen many presidents come and go; the country maintains a rich political history and has seen many significant changes occur in its society and culture over the past centuries.

One of the most influential figures in US political history is Abraham Lincoln; many believed him to be a man ahead of his time, and his devotion to the agenda of human rights has won him a place in the hearts of millions of Americans.

Lincoln was born on February 12th, 1809, and brought up in the states of Kentucky, Indiana, and Illinois. He did not hail from a rich socioeconomic background; instead, his parents were poor pioneers who labored hard to give their children the best life possible.

Lincoln saw his parent’s turmoil and strife, which granted him awareness regarding the struggles of life from a young age. This foundation helped soften his heart and encouraged his human side to grow. As a result, he grew up to be one of America’s most thoughtful presidents.

Abraham Lincoln graduated from law school in 1836 and went on to practice as a lawyer in Springfield, Illinois. In 1834, he joined the Illinois state legislature even before getting his lawyer’s license, where he stayed till 1842.

1846 saw him being elected to the Whig party, which was his first election to Congress. In 1856, he joined the new Republican Party. After spending four years with them, in 1860, he was asked to run as the presidential candidate.

In November 1860, Lincoln’s party won the election, and he became the 16th president of the United States. This was the beginning of a new era of great prosperity for the American people. 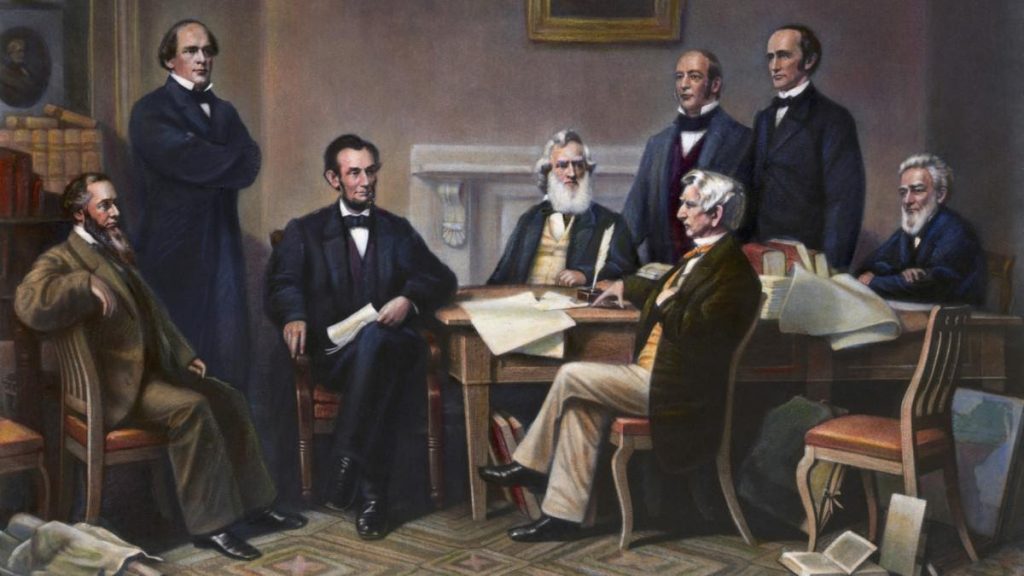 The Thirteenth Amendment was perhaps the most important article Lincoln ever introduced; it reshaped the lives of millions of Americans, many of which finally received the privilege to taste freedom for the first time in their lives.

Lincoln’s presidential campaign was based on his anti-slavery notion; he believed in equality and freedom for all and actively worked to ensure that the American Dream was within everyone’s reach, regardless of their skin color and socioeconomic background.

His belief in equality led to many people regarding him as the leader of a band of radical republicans; sadly, they faced strong opposition from some Americans who believed that freedom was something only white (Caucasian) people should have.

Members of the opposition were known as confederates and fought against republicans like Lincoln; in fact, in 1860 and 1861, eleven southern states who believed in the Confederation quit the Union to show their annoyance at the anti-slavery act.

The Thirteenth Amendment was passed on January 31st, 1865, five years after Lincoln’s election as president. He was assassinated on April 14th, later that year by John Wilkes Booth, who was a supporter of the Confederacy.

You can read more about Abraham Lincoln’s efforts on the internet by going over some essay examples. Reading over a well-written research paper on Abraham Lincoln can help you understand his struggle and efforts better. It can also help us value the freedom Americans have today and give credit to all the great politicians where due.

The American Civil War lasted from 1861 to 1865 and marked the changing of tides in the US; the war broke out in opposition to Lincoln’s anti-slavery efforts and saw the southern states fight against the northern states.

The southern part of America was still pro-slavery despite Lincoln’s efforts, while the northern segment was in favor of Lincoln and the Thirteenth Amendment.

The war lasted four years and killed 600’000 Americans. Luckily, the northern states won the war, and slavery was successfully abolished in all of America. This was Lincoln’s most significant effort, and won him applause from across the world, and not just within the US.

The Gettysburg Address was a speech written by Lincoln to help unite the country and overcome the rift between the southern and northern states. The speech lasted two or three minutes but was able to navigate Americans towards a more tolerant and peaceful approach.

The speech took note of the efforts of the soldiers who died in the Civil War and reinforced the idea of freedom for all.  It also made sure that people remembered how important the Union was and continued to pledge their allegiance to it, which would ultimately help the American people achieve a better standard of living.

Apart from his fight against slavery, Lincoln participated in many other causes, too. He was hardworking and dedicated, and his perseverance and transparency won him the nickname “Honest Abe” among the American people.

The 16th American president’s efforts extended well beyond the anti-slavery campaign; he spent his entire life dedicated to making the US a better place for everyone.

Lincoln was in favor of women’s rights and argued in favor of allowing women to vote. He first voiced this concern in 1836, but it was not until 1920 that American women won the right to vote.

He also invented a service that freed aground steamboats; he had this service, and the company patented and exercised its abilities through formal means.

Abraham Lincoln is widely regarded as one of the best presidents the US has ever seen. His name still graces modern history textbooks, and his efforts are recounted by students, teachers, and the general American population time and time again.

By fighting for a slavery-free country, Abraham Lincoln kindled the American Civil War and, despite the casualties, managed to reshape US history forever by awarding freedom to all people, regardless of race, skin tone, or gender.