The Best Canadian NFL Players Of All Time
PREV NEXT
Search

When it comes to sports, Canada is best known for ice hockey. And, while the NFL is an American thing – it promotes a sport called American football after all – Canada has had its influence on the game and has had a number of top talents find residence in the American league.

Of course, the country has its own division, the CFL, but the NFL is obviously the standard when it comes to football. Either way, Bet365 in Canada has Canadian fans covered when it comes to their punting needs no matter the sport.

That said, there have been several pro talents to come from across the border and this list takes a look at the ones considered to be the best ever.

Bronko Nagurski could have done it all in his time. The Canadian played for the Chicago Bears as a fullback and, over the span of his nine-year career in the NFL, recorded 4,031 yards, 25 touchdowns and seven touchdown passes.

The former star was an important piece for Chicago when they won the title in 1933 and threw two TD passes in the final game. He retired in 1938 and dabbled in wrestling but would rejoin the Bears in 1943 to help them win another title at the age of 35. Nagurski was named an All-American in seven of his first eight seasons in the league.

He took up coaching roles in 1943 ahead of a second official retirement and remains one of only two Canadians to make it into the NFL Hall of Fame. One of the most impressive placekickers to ever grace an NFL pitch, Shaun Suisham didn’t get off to that great of a start in the league, playing for three teams in four years and missing 10 field goals in one season. However, he found his footing with the Pittsburgh Steelers, where he made 91.5 percent of his kicks count. He recorded a career-best 53-yard kick in 2014.

A pure talent, Eddie Murray didn’t play football until his late teens. That didn’t stop him from becoming one of the best kickers to ever join the NFL. Murray led the scoring for the first 10 years of his 11-year career with the Detroit Lions and would post a long-standing record of a 54-yard field goal. He also got the record for the most consecutive field goal successes with 12.

The ex-kicker was also unmatched when it came to longevity, playing for 20 years and in 250 games. Murray scored 1,594 points over the course of his career, a number which stood as a record until last year. 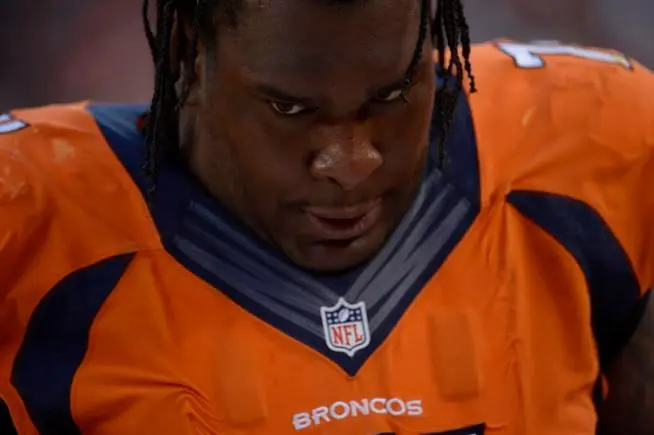 Orlando Franklin was born in Jamaica but raised in Toronto. A staple in the Denver Broncos offense after being drafted in the second round of 2011. The former University of Miami star has also played for the San Diego Chargers, New Orleans Saints, and Washington Redskins.

One of the most formidable linemen in his day, Franklin didn’t get to have that long of a career, hanging up the boots in 2017. But he’s certainly one of the best players to hail from the North.

The former wide receiver enhanced his reputation as a pro with the Indianapolis Colts in 2009. Collie proved to be an important part of Peyton Manning’s team in his second year and made 118 catches for 15 touchdowns in 25 games between 2009 and 2010. Unfortunately, injuries derailed his career and, following a number of concussions and other issues, he was released by the team in 2013.

He would sign contracts with the New England Patriots and San Diego 49ers and had some good stretches but was still bothered by injuries. He headed back to Canada in 2015, signing with the BC Lions to score seven TDs on the back of 43 passes and 439 yards. He retired in 2016.

Collie could have gone on to become the best Canadian player the NFL has ever seen had he remained healthy. Instead, he’s one of the many sports pros who ended their careers with question marks.

Ladouceur had quite an incredible career with the Dallas Cowboys, playing 16 seasons without ever missing a game or messing up a snap. Now a free agent, he is considered to be one of the most successful special teams players to ever play the game. The 2014 Pro Bowl player played 253 games, the most of any Canadian player in the NFL, and is the most capped Dallas player ever. He also holds the record for the most consecutive games by a deep snapper in league history.